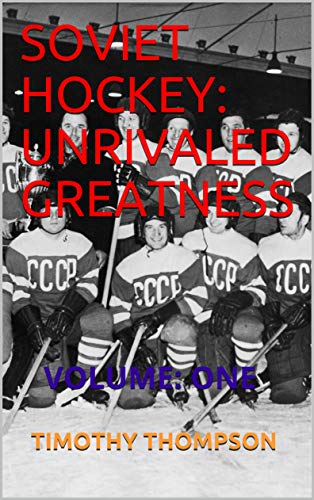 On Friday evening, February 22nd, 1980, lightning struck in the tiny village of Lake Placid, New York. For, on that night, the absolute impossible happened. The United States' men's Olympic Hockey Team defeated the vaunted Soviet Union 4 to 3 in the tournament's semi-final match. It was the single greatest upset in the history of sports. Up until that point in time, the Soviets had dominated the sport of international hockey in every way, manner, shape, and form possible. Ever since 1954, with only slight interruption, they had spent their mornings, afternoons, and evenings, systematically demolishing whomever was unfortunate enough to get in their way. They had won Gold medals in the Winter Olympics of: 1956, 1964, 1968, 1972, and 1976, and were rarely challenged in any of them. In September 1972, they stunned the best Canadian players of the NHL in an incredible eight game series. Two years later, they humiliated them in, yet, another eight game series. Then, in February 1979, at Madison Square Garden in New York City, they annihilated the NHL All-Stars in a three-game series that is still referred to this day as, "The Embarrassment". From 1954 through 1992, the Soviet Hockey Dynasty would win 21 World Championships, 8 Olympic Gold Medals, 1 Olympic Silver Medal, and 1 Olympic Bronze Medal. Without question, they were the single greatest hockey dynasty in all of recorded history. In this magnificent book, the very first in a series of future volumes, brilliant author, Timothy J. Thompson examines how this incredible and unrivaled hockey dynasty was conceived. He traces the roots of hockey in Russia, discusses their unique training methods and ground breaking philosophies, while providing the reader with intriguing background information on the two patriarchs of Soviet hockey. Mr. Thompson provides great insight on how the Soviet Union turned the entire international hockey world on its ear and forever changed the sport for the better. When you are finished reading this book, you will have a much greater understanding, love, and respect for the sport of hockey in general, and the way in which the Soviets revolutionized it in particular.