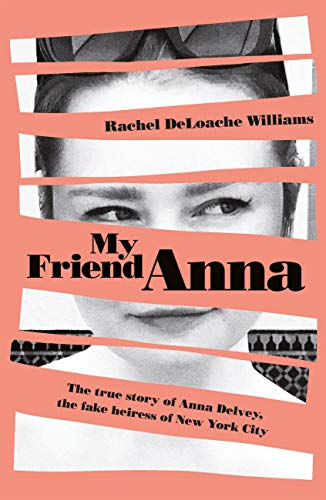 'Addictive ... a jaw-dropping read' STYLIST'Explosive ... Definitely one for the beach' ELLE'Paints a fascinating picture of an eccentric egomaniac who rails against all authority ... gripping stuff' SUNDAY TIMES___________ How does it feel to be betrayed by your closest friend? A close friend who turns out to be the most prolific grifter in New York City... This is the true story of Anna Delvey, the fake heiress whose dizzying deceit and elaborate con-artistry deceived the Soho hipster scene before her ruse was finally and dramatically exposed. After meeting through mutual friends, the 'Russian heiress' Anna Delvey and Rachel DeLoache Williams soon became inseparable. Theirs was an intoxicating world of endless excess: high dining, personal trainer sessions, a luxury holiday ... and Anna footed almost every bill. But after Anna's debit card was declined in a Moroccan medina whilst on holiday in a five-star luxury resort, Rachel began to suspect that her increasingly mysterious friend was not all she seemed. This is the incredible story of how Anna Sorokin conned the high-rollers of the NYC social scene and convinced her close friend of an entirely concocted fantasy, the product of falsified bank documents, bad cheques and carefully edited online photos. Written by Rachel DeLoache Williams, the Vanity Fair photography editor who believed Anna's lies before helping the police to track her down (fittingly, deciphering Anna's location using Instagram), this is Catch Me If You Can with Instagram filters. Between Anna, Fyre Festival's Billy McFarland (Anna even tried to scam Billy) and Elizabeth Holmes, whose start-up app duped the high and mighty of Silicon Valley, this is the year of the scammer.*Anna stood a high-profile trial in New York that has been followed voraciously by the media. She was found guilty of theft of services and grand larceny, facing up to 15 years in prison. The trial ended on 25th April.*