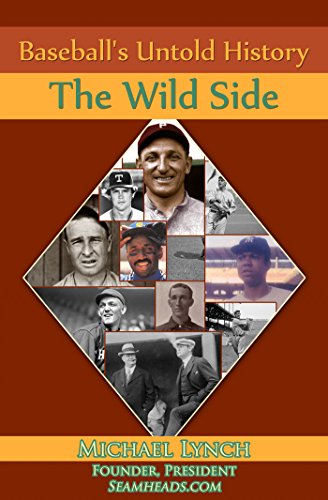 Take a walk on The Wild Side with Seamheads.com’s Mike Lynch, who digs deep into his archives of obscure baseball history to present some of the most amazing and unusual characters and events the game has ever seen.


Volume 3 of Mike Lynch’s critically acclaimed Baseball’s Untold History series takes readers beyond where Volume 1 (The People) and Volume 2 (The World Series) went—all the way to the Wild Side.