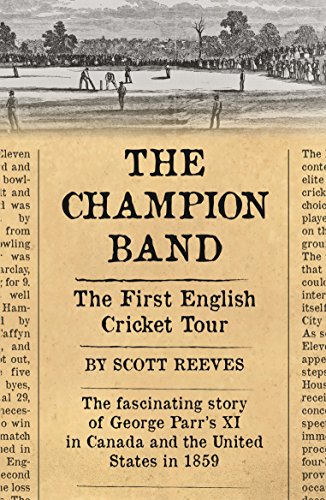 In 1859, twelve cricketers left Liverpool to embark on the first overseas tour by a representative England side. Their destination was the place where cricket looked most likely to flourish: Canada and the United States.
It was not an easy trip – the English players experienced death on the high seas, were threatened at gunpoint and sensed unrest in the pre-Civil War USA.
Led by George Parr, the English tourists came up against the best of the New World cricketers. Some of the locals would go on to pioneer the sport that ultimately caused the death of North American cricket: baseball.
A gripping account featuring original research, The Champion Band tells the fascinating story of the first English cricket tour.