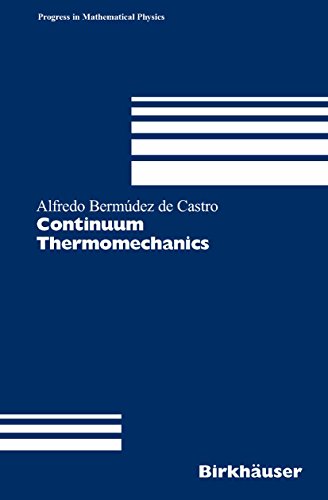 The general goal of this book is to deduce rigorously, from the
first principles, the partial differential equations governing the
thermodynamic processes undergone by continuum media under forces
and heat. Solids and fluids are considered in a unified framework.
Reacting mixtures of fluids are also included for which general
notions of thermodynamics are recalled, such as the Gibbs
equilibrium theory.

Linear approximate models are mathematically obtained by
calculating the derivatives of the constitutive response functions.
They include the classical models for linear vibrations of
thermoelastic solids and also for wave propagation in fluids
(dissipative and non-dissipative acoustics and internal gravity
waves).