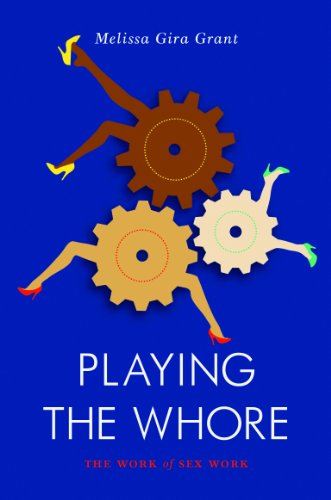 “An important contribution to debates around sex and work ... deserves to be read.” Nina PowerThe sex industry is an endless source of prurient drama for the mainstream media. Recent years have seen a panic over "online red-light districts," which supposedly seduce vulnerable young women into a life of degradation, and New York Times columnist Nicholas Kristof's live tweeting of a Cambodian brothel raid. The current trend for writing about and describing actual experiences of sex work fuels a culture obsessed with the behaviour of sex workers. Rarely do these fearful dispatches come from sex workers themselves, and they never seem to deviate from the position that sex workers must be rescued from their condition, and the industry simply abolished — a position common among feminists and conservatives alike. In Playing the Whore, journalist Melissa Gira Grant turns these pieties on their head, arguing for an overhaul in the way we think about sex work. Based on ten years of writing and reporting on the sex trade, and grounded in her experience as an organizer, advocate, and former sex worker, Playing the Whore dismantles pervasive myths about sex work, criticizes both conditions within the sex industry and its criminalization, and argues that separating sex work from the "legitimate" economy only harms those who perform sexual labor. In Playing the Whore, sex workers' demands, too long relegated to the margins, take center stage: sex work is work, and sex workers' rights are human rights.