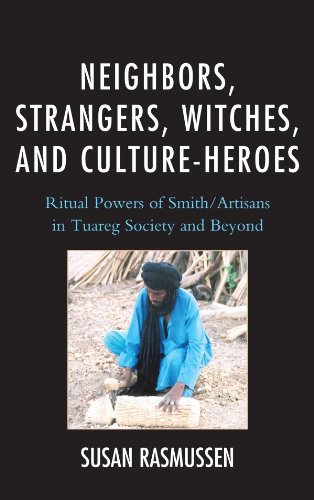 This book examines alleged “superhuman” powers predominantly associated with smith/artisans in five African societies. It discusses their ritual and social roles, mythico-histories, symbols surrounding their art, and changing relationships between these specialists and their patrons. Needed but also feared, these smith/artisans work in traditionally hereditary occupations and in stratified but negotiable relationships with their rural patron families. Many of them now also work for new customers in an expanding market economy, which is still characterized by personal, face-to-face interactions. Rasmussen maintains that a framework integrating anthropological theories of witchcraft, alterity, symbolism, and power is fundamental to understanding local accusations and tensions in these relationships. She also argues that it is critical to deconstruct and disentangle guilt, blame, and envy—concepts that are often conflated in anthropology at the expense of falsely accused “witch” figures. The first portion of this book is an ethnographic analysis of smith/artisans in Tuareg society, and draws on primary source data from this author’s long-term social/cultural anthropological field research in Tuareg (Kel Tamajaq) communities of northern Niger and Mali. The latter portion of the book is a cross-cultural comparison, and it re-analyzes the Tuareg case, drawing on secondary data on ritual powers and smith/artisans in four other African societies: the Amhara of Ethiopia, the Bidan (Moors) of Mauritania, the Kapsiki of Cameroon, and the Mande of southern Mali. In the concluding analysis, there is discussion of similarities and differences between these cases, the social consequences of ritual knowledge and power in each community, and their wider implications for anthropology of religion, human rights, and African studies.