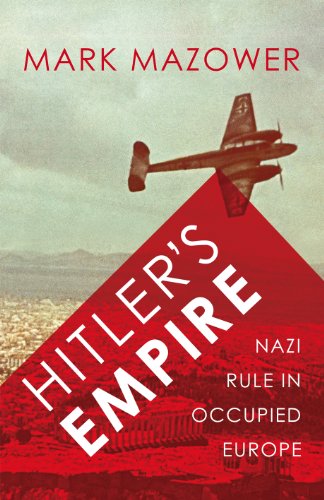 The powerful, disturbing history of Nazi Europe by Mark Mazower, one of Britain's leading historians and bestselling author of Dark Continent and Governing the World

Hitler's Empire charts the landscape of the Nazi imperial imagination - from those economists who dreamed of turning Europe into a huge market for German business, to Hitler's own plans for new transcontinental motorways passing over the ethnically cleansed Russian steppe, and earnest internal SS discussions of political theory, dictatorship and the rule of law. Above all, this chilling account shows what happened as these ideas met reality. After their early battlefield triumphs, the bankruptcy of the Nazis' political vision for Europe became all too clear: their allies bailed out, their New Order collapsed in military failure, and they left behind a continent corrupted by collaboration, impoverished by looting and exploitation, and grieving the victims of war and genocide.

Mark Mazower is Ira D.Wallach Professor of World Order Studies and Professor of History Professor of History at Columbia University. He is the author of Hitler's Greece: The Experience of Occupation, 1941-44, Dark Continent: Europe's Twentieth Century, The Balkans: A Short History (which won the Wolfson Prize for History), Salonica: City of Ghosts (which won both the Duff Cooper Prize and the Runciman Award) and Governing the World: The History of an Idea. He has also taught at Birkbeck College, University of London, Sussex University and Princeton. He lives in New York.