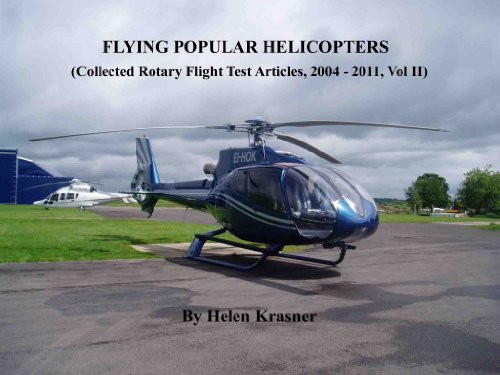 This is the second collection of flying instructor Helen Krasner's flight test articles, which were originally published in 'Today's Pilot' and some other aviation magazines. This book looks at seven helicopters which are popular with private owners, organisations such as the police and emergency medical services, and for passenger transport. They include the Eurocopter EC120, 135, and 130, the Agusta A109, and the Enstrom 480. Each helicopter is described in detail, with an account of Helen's personal experiences of what it is like to fly it for the first time. It is thus much more than a theoretical textbook account. There is also a section on the history of most of the types, and detailed specifications. A photo of each helicopter is included.

This book is aimed at anyone interested in helicopter flying, whether they already fly helicopters for fun or a career, hope to in the future, fly models, or simply find rotary aircraft fascinating. It would also make an excellent gift for any rotary enthusiast. It contains a great deal of detail, and is around 23,000 words in length.