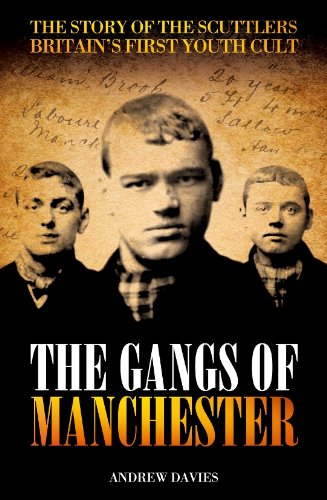 They emerged from the harrowing slums of one of the world's great cities, malnourished youths clad in bizarre fashions. The scuttlers were the hooligans of their day and for thirty years they held the streets of Manchester and Salford in a grip of fear. The Gangs of Manchester traces the history of the scuttlers from the Rochdale Road War of 1870-1, through the antics of such infamous fighters as the Bellis brothers of Salford and John Hillier, the King of the Scuttlers, until the demise of the gangs at the turn of the century.