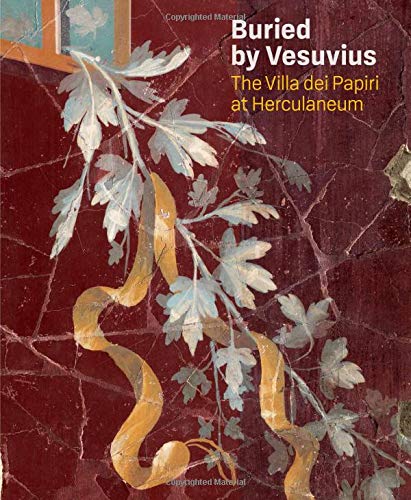 Reseña del editor The Villa dei Papiri at Herculaneum, the model for the Getty Villa in Malibu, is one of the world's earliest systematically investigated archaeological sites. Buried by the eruption of Mount Vesuvius in 79 CE, the Villa dei Papiri was discovered in 1750 and excavated under the auspices of the Neapolitan court. Never fully unearthed, the site yielded spectacular coloured marble floors and mosaics, frescoed walls, the largest known ancient collection of bronze and marble statuary, intricately carved ivories and antiquity's only surviving library, with over a thousand charred papyrus scrolls. For more than two and a half centuries, the Villa dei Papiri and its contents have served as a wellspring of knowledge for archaeological science, art history, classics, papyrology and philosophy. 'After Vesuvius: Treasures from the Villa dei Papiri' offers a sweeping yet in-depth view of all aspects of the site. Presenting the latest research, the essays in this authoritative and richly illustrated volume reveal the story of the Villa de Papiri's ancient inhabitants and modern explorers, providing readers with a multidimensional understanding of this fascinating site. Biografía del autor Kenneth Lapatin is curator of antiquities at the J. Paul Getty Museum. He is the author or coauthor numerous books and articles on ancient art and its modern reception, including 'Guide to the Getty Villa' (Getty Publications, 2018), 'Luxus: The Sumptuous Arts of Greece and Rome' (Getty Publications, 2015), 'Power and Pathos: Bronze Sculpture of the Hellenistic World' (Getty Publications, 2015), 'The Last Days of Pompeii: Decadence, Apocalypse, Resurrection' (Getty Publications, 2012).