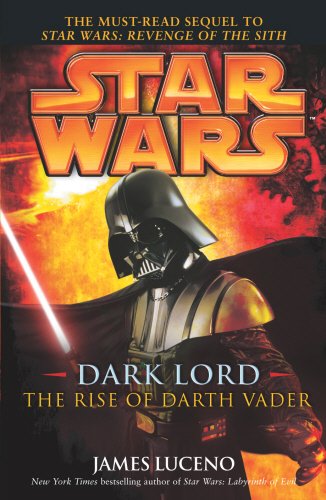 The newly created Darth Vader flexes his Force-muscle as the Emperor's enforcer to maintain order and obedience in a galaxy reeling from civil war and the destruction of the Jedi Order. To the galaxy at large, Jedi Knight Anakin Skywalker - the Chosen One - died on Coruscant during the siege of the Jedi Temple. And, to some extent, the was true - Anakin was dead. But from the site of Anakin Skywalker's last stand - on the molten surface of the planet Mustafa, where he sought to destroy his friend and former master, Obi-Wan Kanobi - a fearsome spectre in black has risen. Once the most powerful Knight ever known to the Jedi order he is not a disciple of the dark side, a lord of the dreaded Sith, and the avenging right hand of the galaxy's ruthless new Emperor. Seduced, deranged and destroyed by the machinations of the Dark Lord Sidious, Anakin Skywalker is dead ...and Darth Vader lives ...

From the Publisher
Focusing on Darth Vader, the newly created Sith Lord and epitome of evil, this exciting original Star Wars novel builds on the events of the movie Star Wars: Episode III Revenge of the Sith to chronicle Vader's coming into power


JAMES LUCENO is the New York Times bestselling author of Star Wars: Labyrinth of Evil, Star Wars: The New Jedi Order The Unifying Force, and other Star Wars novels. He lives in Annapolis, Maryland, with his wife and youngest child